After breakfast this morning, we met up with Sophol’s (the director of the Chiro Village school) very good friend. Sophol gave us his friends contact as it turns out, his friend is a tour guide in Siem Reap. The three of us met up and headed off on a tuk tuk to tour the famous Angkor Wat. Now, I intend to make this post honest. Part of me loved and was fascinated by the vast temples, but a big part of me wanted to leave. It was tourist trap to say the least. Not much room for walking or taking photos or really living in the moment when selfie sticks and loud tour guides ruined any chance of peace. Nonetheless, the culture and history of Angkor Wat was fascinating. And, of course, the temples were astoundingly beautiful. Seeing the Tomb Raider location was definitely worth the trip. 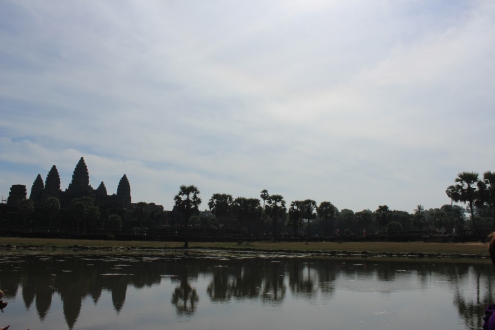 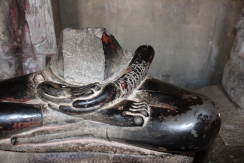 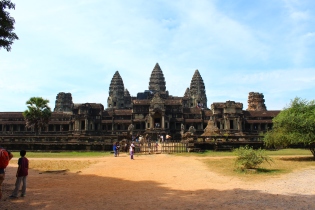 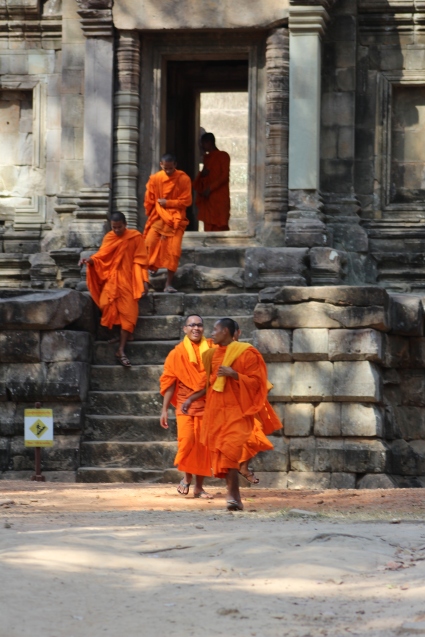 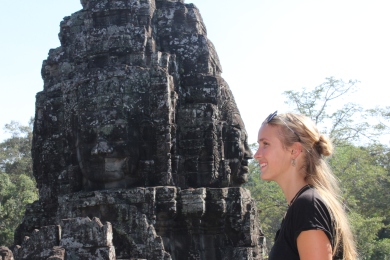 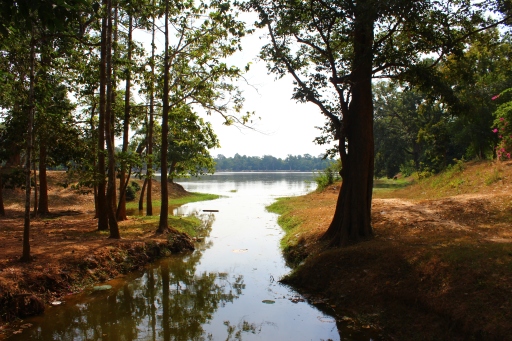 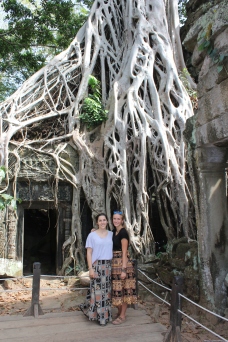 As the day came to a close, we were pretty exhausted from walking around and navigating through crowds. We arrived back at the hostel and changed before embarking on the biggest adventure of the day: the search for ice cream.

We eat a lot of ice cream. I mean A LOT.

“Gelato Lab” was a short map’s walk away and man oh man was it worth it. I would have married that chocolate gelato right then and there. (I am still waiting on the proposal).

As we ate our ice cream in pure bliss, a gentlemen sitting next to us sparked up a conversation. His name was Steven, a show writer from Toronto, who commutes to LA. He kept making up hilarious stories about strangers passing by as though life around us was a sitcom. He told us stories of how he used to know Drake, apparently they went to school together. We lost track of time as we chatted with him, suddenly realizing we were STARVING. The three of us embarked upon an adventurous evening of shopping, eating dinner, talking, buying a total of 5 desserts from different places, and receiving fish pedicures. Let me tell you something about fish pedicures: THEY TICKLE. Like the strangest, most powerful, laughter educing, torture, kind of tickle. I couldn’t handle it for more than a few minutes at a time. But, it was an experience.

Just another average day in Southeast Asia- letting fish eat dead skin off your toes next to someone you met an hour ago.

FUN FACTS: mint chocolate chip ice cream is my weakness, I started drinking coffee black when the cream was too far away, I do not believe in matching socks, I want my own library one day, and sunrises make me cry. Also I plan to travel every inch of this earth, touch every blade of grass, see every child's smiling face, and make my life a grand, audacious, adventure. (When I'm not busy eating mint chocolate chip ice cream or crying at the sun).